Social media influencer campaigns have been growing in popularity and profitability for years.

With so many brands throwing their marketing efforts (and budgets) behind influencer marketing, failing to capitalize on this trend might put you woefully behind your largest competitors. If you wait long enough, it might create a gap that there’s no coming back from.

But there are five major social media platforms that people use for influencer marketing, and all of them serve different audiences and have different strengths and weaknesses.

That begs the question, how can you determine which social media platforms will provide you with the best influencer campaign ROI?

In this article, we’re going to explore the ins and outs of selecting a social platform for influencer campaigns, going over how you can best prepare for this important marketing venture, and ultimately make a selection that will pay off into the future.

What is an influencer campaign?

In an influencer marketing campaign, you’re entrusting a social media influencer to promote your brand for you. These are typically popular personalities on these platforms with thousands of followers.

You can either pay an influencer upfront to market your business (which is what a lot of the more popular influencers will insist on), or you can pay them commissions on any product they move through their campaigns.

Whether you’re doing a commission-style payment plan or not, you should still provide each influencer with a unique product link or promo code so that you can track how well their campaign is performing.

One of the reasons influencer marketing has been so successful is that it’s a very new and very direct form of marketing.

Whereas official company messaging can be ignored or overlooked due to the sheer volume of ads we’re exposed to every day, influencer campaigns appear from a trusted source, someone your audience knows (or thinks they know) and trusts.

We’re going to dive into the main platforms that businesses use for influencer marketing campaigns in a moment, but first, there are three major questions you have to ask yourself before you select one of those platforms.

Let’s go through them now.

This is a big question that you might think has an easy answer. After all, you developed your products and services; surely you know who they’re for, right?

Well, there’s a lot that goes into audience identification. Perhaps your services appeal to a broad audience of various age groups, genders, income levels, and interests. These people all have different pain points and maybe even use your products differently.

Most importantly, though, they might all use different social media platforms.

That’s why the first thing you have to do is segment your audience, creating buyer personas for all of your ideal customers.

Let’s say you have three segments, labeled A, B, and C.

Segment A is all about Instagram, while segments B and C can mostly be found on Facebook. If you’re running influencer campaigns meant for segment A on Facebook, you’re reaching the wrong audience.

This is why it’s so vital to know who you’re marketing to and where you can find them.

Make sure you do plenty of research to find this audience. You can use surveys and interviews to start. But accompany this by reading reports and studies from authoritative organizations. For example, if you are in the travel industry, you should check out a travel-related study like this one.

What are my competitors doing?

No one is saying that you should steal tactics from your competitors or do exactly what they’re doing.

But if they’re already running influencer marketing campaigns, it would help to know who they’re using, what they’re doing, and what platforms they’re running on.

Typically, your competitors are marketing to the same audience as you. That’s why they’re competitors in the first place. So, it stands to reason that they’ve done the same work you’ve done and selected social media platforms that best suit both them and you.

Perform in-depth competitor analysis and see what the heavy hitters in your industry are doing. You might uncover a fatal flaw in their plans or a platform with high potential that’s being grossly ignored by the rest of the industry. This can help you inform your influencer strategy and pick the best possible social media platform.

How does your brand fit with the platform?

When determining whether or not a platform will be a good fit for your brand, there’s another question that you need to ask yourself.

Is your branding a good fit for that platform?

When launching an influencer campaign, typically, the company provides the influencer with several multimedia features they can share, from logos to videos and brand messaging guides.

Because of this, you’re going to need to understand how your brand imaging comes across in each medium.

Remember, the time window for impact on a social media post is very small. You only have a fraction of a second to hook a viewer.

If you have a bold red logo, you might have more luck on a fast-paced platform like TikTok than if you had a simple design. A company with very clean and minimalistic branding might succeed with a very aesthetically focused Instagram influencer.

What are the biggest social media platforms for influencer campaigns?

There are six major platforms where businesses are focusing their influencer marketing campaigns.

There is no single “best” platform for influencer marketing, and anyone who tells you otherwise has no idea what they’re talking about.

We will give you information on each platform so that you can apply that data to both your needs and everything that you know about your audience.

Instagram is a multimedia-sharing social media platform that mostly caters to millennial and Gen Z audiences. More than half of Instagram’s users fall between 18 and 34. Most Instagram users are women, with only 43% of the platform’s audience being male.

Influencers can use Instagram to create regular Instagram posts, which are photos or videos that appear on the user’s profile. If they want to share a longer video, like a product review or an unboxing, they can post it to their profiles as IGTV videos. Influencers can also present your products in Instagram Stories, which are brief clips that are only available for a short time.

The average Instagram influencer pricing is $10 per post per 1,000 followers on the influencer’s page. That means someone with 100,000 followers will likely charge up to $1,000 per post. Some influencers charge per engagement rather than per post. This allows you to pay on a performance basis.

Those influencers are likely to charge somewhere between $250 and $750 per 1,000 engagements.

When someone thinks of social media, they typically think of Facebook first and foremost. It’s the most recognizable social media brand on the planet, and it has the most users. Facebook has just shy of 3 billion active users.

While that’s a monumental number of people, it doesn’t necessarily make Facebook the best platform for influencer marketing.

The age demographic on Facebook marketing is exceptionally broad, with the majority of its users falling somewhere between 25 and 39.

That being said, if your services are marketed toward younger audiences, it might be best to avoid Facebook. However, if you’re looking for people in their 30s and up, then Facebook could be a strong bet.

Because of Facebook’s larger audience, you’re going to have to sink more of your budget into its influencers. The average Facebook influencer charges $25 per post per 1,000 followers. That means our example from before of someone with 100,000 followers would run you $2,500 per post.

It should be noted that Facebook influencers might charge you more based on the content type. For example, a text post with a still image might run the average amount, but if you want an actual video, you could end up paying more.

YouTube is a Google-owned video-sharing platform that is hugely popular and ripe for influencer marketing opportunities.

There are 2 billion active users on YouTube as of 2022, with 122 million visiting the site on a daily basis. The majority of YouTube’s audience is between 18 and 35, but it’s seeing a large influx of senior users.

Male and female users are about even on YouTube, with both genders being represented about evenly. The content on this platform tends to be long-form videos, which should be ideal for influencers to really dig into the heart of a product and promote it well.

YouTube’s pricing, on average, is a little less than Facebook’s but more than Instagram’s. YouTube influencers are receiving around $20 per 1,000 subscribers per post. Someone with 100,000 YouTube subscribers could feasibly charge you $2,000 per video on the platform.

If you want to pay per 1,000 views to get a little added insurance on your campaign, most YouTube influencers charge between $50 and $100 per 1,000 views on their videos.

Twitter is considered a popular social media platform, but it has a much smaller audience than anything we’ve seen up to now. There are just under 400 million Twitter users, and those are mostly millennials.

On top of that, you’re looking at a more male dominated audience on Twitter, with more than 70% of its users identifying as men.

That being said, if your company is targeting millennial men with its influencer campaigns, Twitter could be a decent platform for you.

Of course, it’s also important to point out the limitations of Twitter. Influencers are only able to use 280 characters in a post. On top of that, video clips are capped at 140 seconds in length. However, some users are granted special permission to post videos up to 10 minutes long.

The new kid on the block in huge social media platforms is TikTok.

It launched back in 2016, but it didn’t become worldwide until 2018. In 2021, it became the most popular website in the world, beating out even Google and Facebook, according to a report from Cloudflare. It has also received more than 2 billion mobile downloads and has around 1 billion monthly active users.

Because TikTok is so new to the influencer marketing industry, there’s not nearly as much information on its effectiveness as there is for something like Facebook or YouTube.

Its user-base in the US is made of mostly Gen-Zs, who make up more than 47% of the platform.

As you can see, a lot of consideration goes into an important decision, like the social media platforms you’ll use for your influencer marketing campaigns.

This isn’t something to decide on a whim or to trust your gut on. You need real concrete information on your audience, competitors, and branding if you’re going to make a splash in the influencer marketing world. 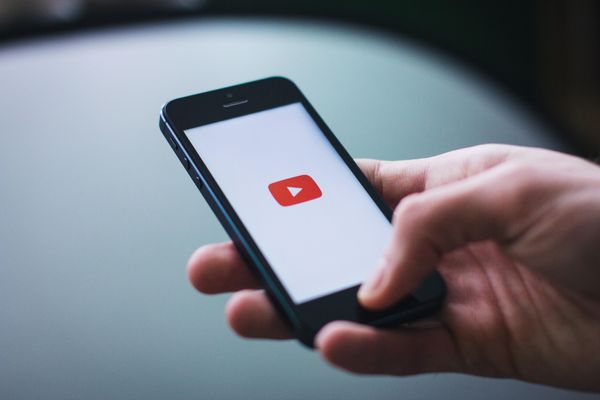 For many marketers, YouTube and email marketing seem like completely separate tools that work for different audiences and niches. However, that’s far from the truth. These two channels may work in different ways and for different reasons, but they make an exceptional combination when it comes to your marketing 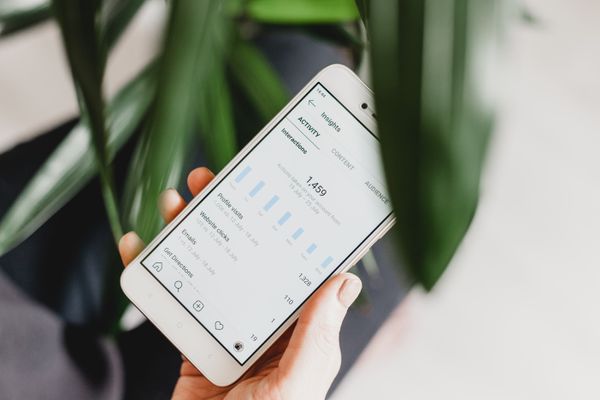 The popularity of social media has opened new doors for its users. One such example is the rise of the ‘influencer’ – a person who can help market a product or service by promoting it to their online audience. Wondering how someone can make money through influencer marketing? Well, individuals with 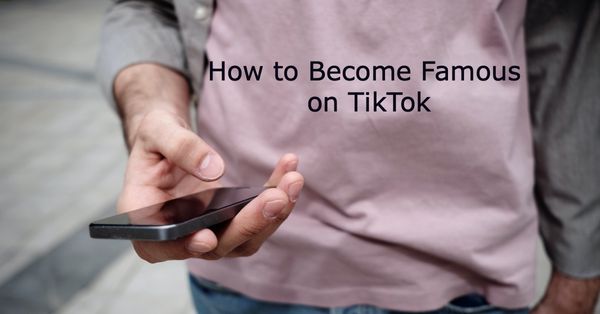 More users continue to turn to online channels in their income-generation quests. Today, social media channels aren't simply used for edutainment or staying in touch with family and friends. They provide a channel for marketers, offering influencers an opportunity to monetize their following. TikTok is among the platforms whose popularity